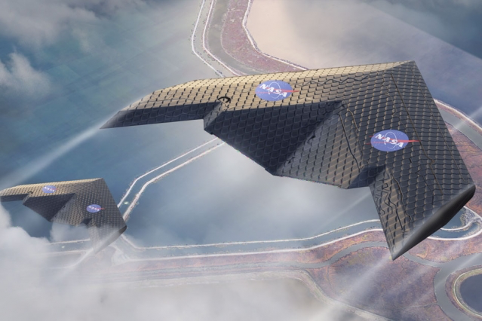 A team of engineers has built and tested a radically new kind of airplane wing, assembled from hundreds of tiny identical pieces. The wing can change shape to control the plane’s flight, and could provide a significant boost in aircraft production, flight, and maintenance efficiency, the researchers say.

The new approach to wing construction could afford greater flexibility in the design and manufacturing of future aircraft. The new wing design was tested in a NASA wind tunnel and is described today in a paper in the journal Smart Materials and Structures, ………..