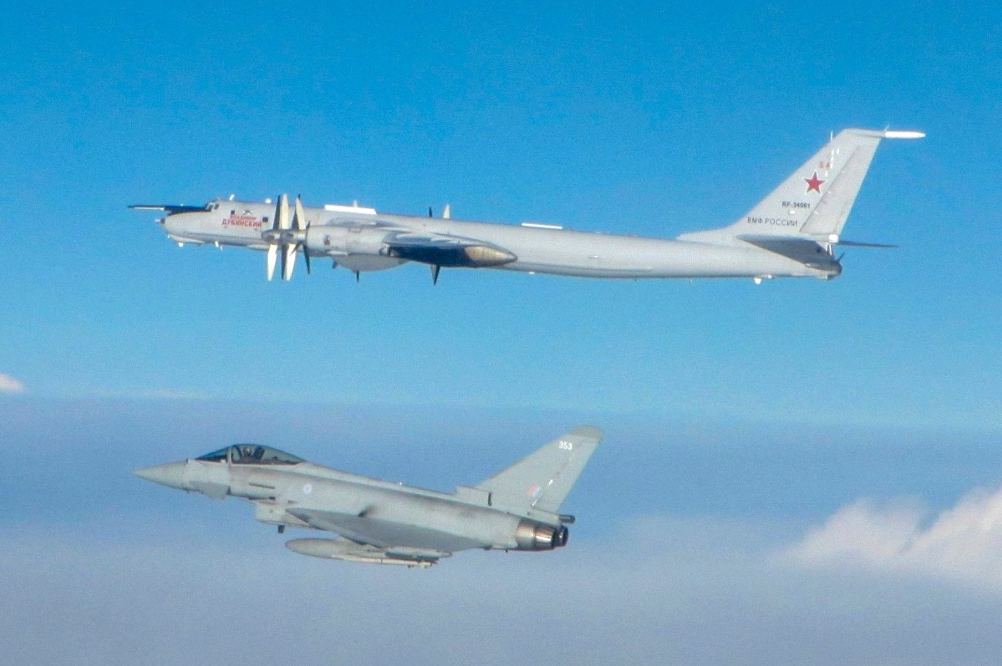 In the morning of 11 March 2020, NATO’s CAOC at Uedem received an indication from the recognized air picture – an overview of all airborne activities in the skies over Europe – that Russian Federation Air Force Midas tanker aircraft escorted by two fighter aircraft had taken off and were flying around northern Norway in a southwesterly direction followed. The formation was followed by two Russian strategic Tu-142 Bear F martime patrol aircraft……..