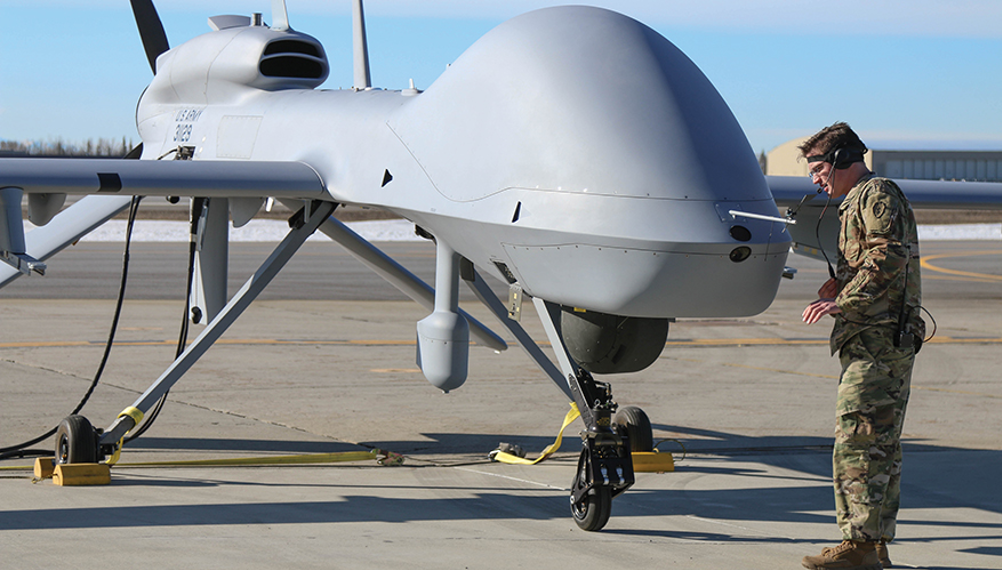 General Atomics Aeronautical Systems is upgrading the Army’s long-endurance, medium-altitude Gray Eagle drone so it can be a big player in future multi-domain operations.

As an armed unmanned aerial system with a maximum speed of 150 knots, the Gray Eagle is a multipurpose platform that provides capabilities such as reconnaissance, surveillance, intelligence, target acquisition, communications relay and electronic warfare.

The service completed operational testing and began fielding the extended range variant in 2018 and 2019. The service has an Army acquisition objective of 204 aircraft, according to fiscal year 2021 budget documents.

General Atomics, the program’s prime contractor, is now upgrading the system so it can counter adversaries in multi-domain operations. MDO is an Army warfighting concept meant to set the stage for fights against near-peer adversaries and multiple types of threats. The concept is helping the service shape its modernization efforts and is set to become official doctrine. By 2028, the Army hopes to have a force ready to fight in more contested environments……..

Photo: A soldier inspects the airframe of an MQ-1C Gray Eagle.