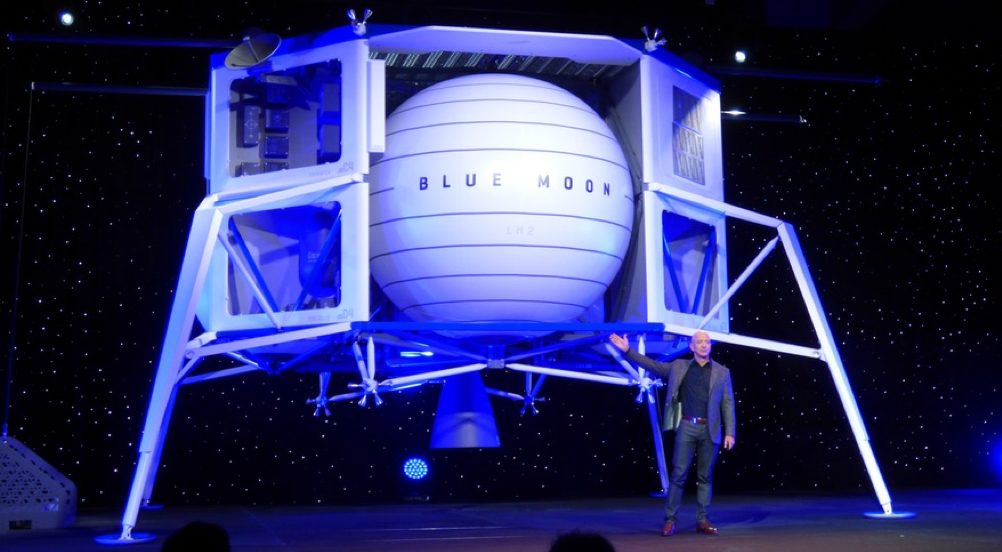 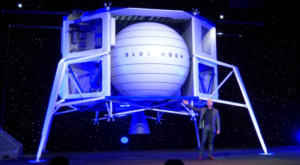 WASHINGTON — Blue Origin revealed new details about a lunar lander concept that the company’s founder says can support a human return to the moon by 2024.

At an invitation-only event here May 9, company founder Jeff Bezos unveiled a full-sized model of the Blue Moon lander the company has been developing, along with an engine named BE-7 that will power the spacecraft. That unveiling, with the theatrical flourish of a curtain raising to reveal the lander, took place about a half-hour into an hour-long event about the company’s plans and vision.

The spacecraft is able to land 3.6 metric tons of cargo on the lunar surface, with a “stretch tank” version capable of landing 6.5 metric tons on the surface…….